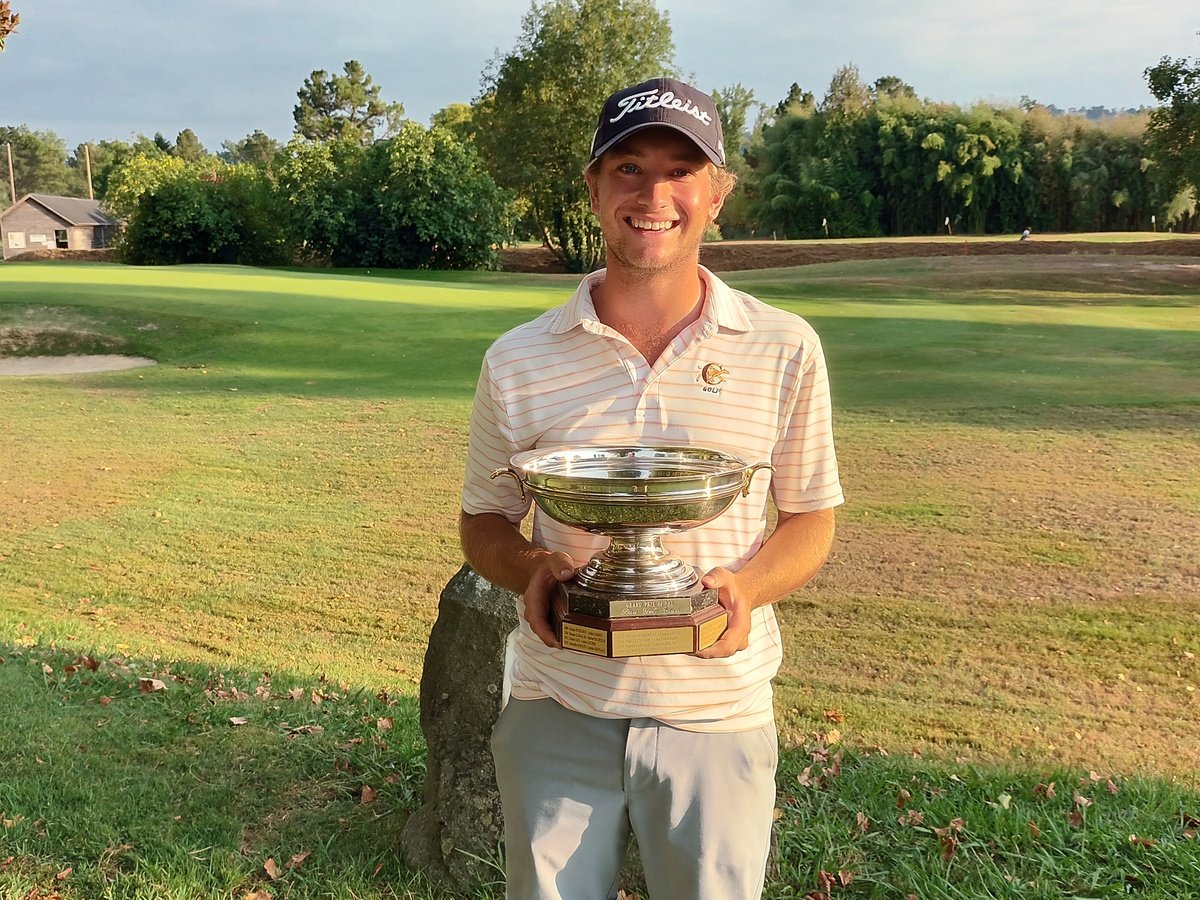 Pau Golf Club was constructed in 1856 and is, therefore, the oldest course in France. Through the years the design has changed and some holes no longer exist but today the course is rather short but tricky. Off the tee, it isn't too intimidating but because of the small greens, it is key to be on the fairways to get more spin control when attacking pins.

An up and down day

What a start to the round! I drove the green on the opening hole and holed the putt for eagle. Then I birdied the 4th hole to move to 3 under. Unfortunately, I dropped a shot on the 6th when my purposely hit low spinning shot bounced off the back of the green. I was unable to save par and moved back to 2 under. Following that hole, I made a couple of pars and birdied hole 9 after my iron shot finished less than a metre away from the hole. From then on I alternated birdies and dropped shots. I shot 1 over on the back nine and signed for a 2 under-par round. Of course, under par is good but I was disappointed that I couldn't shoot lower. On the day I made an eagle and five birdies but when my level dropped I wasn't good enough to limit the damage. Still, the positives were that I was creating chances which means that my game is good enough to go low.

Day 2 was totally different than the opening round. This time I got off to a slow start. I dropped shots on holes 1 and 3 which are honestly two of the easier holes on the course. I had to dig deep. I tried to remember the round in Biarritz from a month ago where I started slow but turned it around. I decided to relax more and hit safe shots. I made a few pars and then birdied 7 and 9 to head to the back nine even par. I continued to play better and managed to birdie holes 11 and 15 to move to 2 under. Sadly I made a bogey on 18 for the second consecutive day to finish at 1 under. It was not a great day of golf but it was one I am proud of because I stayed focused and got the job done.

I started the day 2 shots out of the lead and needed a good round to get myself into a winning position. On the range, I felt like I wasn't hitting the ball great so I was a little bit concerned about that teeing off the first. I made the choice to follow the advice I got from Tom Ayling and pay particular attention to my shot pattern in order to make good decisions. It paid off. I started with a couple of pars and then birdied hole 3 after a nice wedge shot. I then birdied hole 7 after finding the green on the par 5 in two strokes and holed out two putts later. I continued to play well and birdied the next two par 5s. A good wedge shot on 10 set up the first of those two birdies and on 14 I hit a low running 3 iron in between two bunkers and managed to get down in two for another birdie. My final birdie of the day came on 16 when I holed a 3 metre putt after a good wedge shot. I was extremely happy with my course management on the day. I made very good decisions and that is why I scored well

After Saturday's round, I was three shots clear of the rest and ready to finally get some silverware. My feelings and golf game were similar to the day before when I didn't really hit the ball great on the range but it didn't matter it was time to play. On the first hole, my playing partner and "chaser" holed out from the fairway for eagle while I had a 6 metre putt for birdie. If I missed He would only be one back. It was a pressure putt straight out of the gates but rather than thinking it was a negative I told myself when this goes in he'll know I am going to be tough to beat today. I holed it.

I went to hole 2 and hit a beautiful iron shot and missed the birdie putt. A couple of pars followed before two consecutive birdies on 5 and 6. I hit a solid iron shot to 3 meters on 5 and a really nice knockdown pitch wedge shot on 6 to less than a metre. I continued to play well and made pars on the following holes including on 12 despite a penalty drop which was a bonus. I then birdied 14, the par 5, after finding the green in two strokes and nearly making my eagle putt. My single dropped shot of the weekend came on 15 after a poor iron shot but I bounced back immediately on 16 with a beautiful birdie. I finish off with two pars and that was good enough for the win. It feels great to win again. It has been a while since it happened and I have been close multiple times this summer but this time I really deserved it. My attitude throughout the tournament was good and my course management was outstanding. This was the final tournament of my time in France and it couldn't have gone any better.