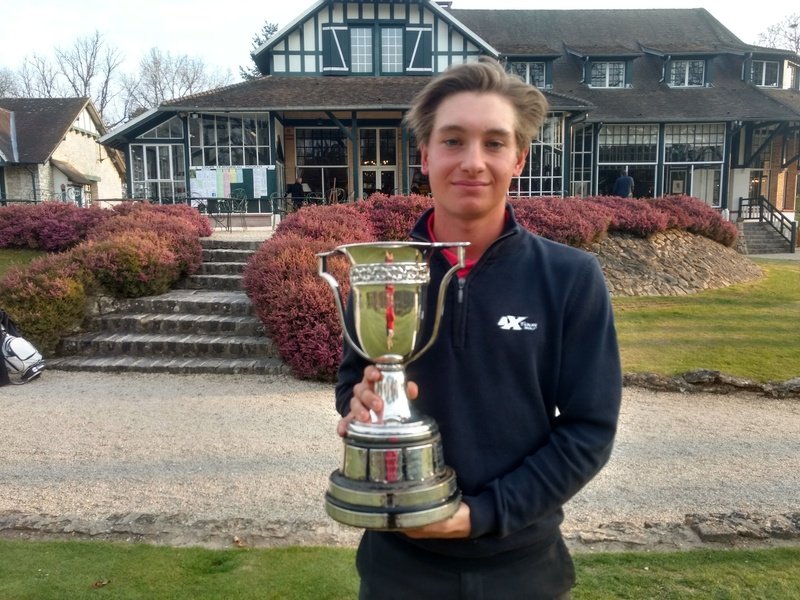 I started on hole 10 at 09h17 this morning. Fontainebleau is just south of Paris and a little bit colder than the South-West. It was windy, so the wind chill made it feel even colder but whatever the temperature the course is beautiful. 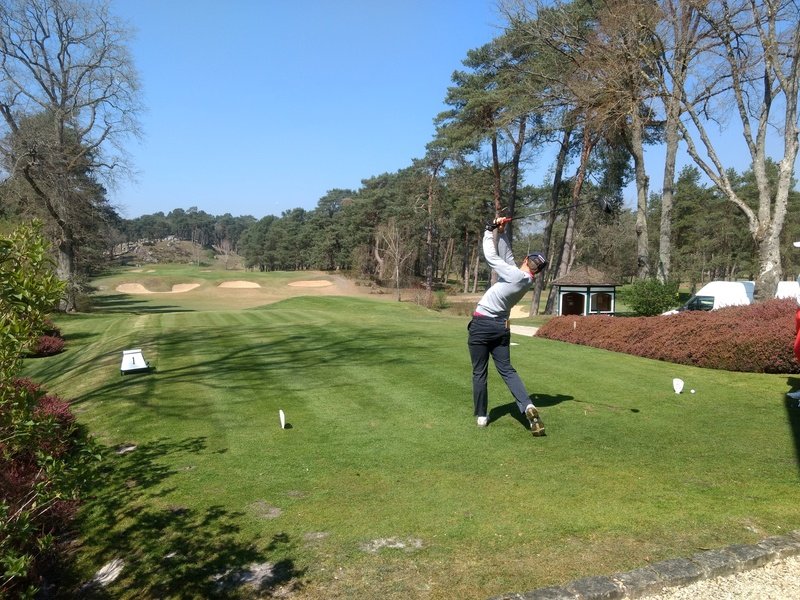 I played well today. Not much went wrong, I wasn't quite as accurate as I normally am with my iron play but I hit a lot of greens (16) in regulation. I also hit a lot of fairways and rolled in some good putts. A single bogey on hole 13 after my tee shot finished in a divot (on the fairway). A couple of birdies later on for a round of 70, 1 under par.

There was a short delay for my afternoon start on day 2 due to an early morning frost which left the greens in a delicate condition. Starting on hole number 1, I got off to a nice start with birdies on 2 and 5 after two quality iron shots which brought my score for the tournament down to 3 under par. I bad bogey on 8 followed by a 4m putt on 9 which dropped in for a birdie.

The back nine is more challenging than the front so did my best to keep the ball under control and out of trouble - without worrying too much about trying to birdie every hole. A series of pars until a bogey on 16 was acceptable. 17 is a short par 4, I hit my drive onto the green but the ball rolled across the green onto a lowish bank less than a metre from the back of the green. I chose to putt rather than chip - it was a good choice as the ball rolled 25m to the hole and dropped in for eagle. A par on 18 for a round of 68 (-3) and a one shot lead at the top of the board.

I was one shot ahead at the start of round 3. Here at Fontainebleau the last two rounds are played on Sunday and as a 2-ball group. I was paired with Nathan Trey. Nat's a great player and a good friend. Nat and I have played lots of rounds together when we were younger (often against each other and sometimes as a pairing in 4-ball matches for Aquitaine), we even played the practice round together earlier this week. The funny thing was after the practice round we joked about playing together again on Sunday!

I started the round well again. I birdied 3 and 5 after two good iron shots but gave a shot back on 6 after a loose iron shot. I saved a superb par on 8 to play the front nine one under par. I didn't play quite as well on the back nine: 2 bogeys and 7 pars bringing my score to 72 (+1).

I was really disappointed to shoot over par but after the morning session my lead had extended to 5 shots maybe +1 wasn't so bad after all.

Nat and I had about an hour and ten minutes between the end of round 3 and the start of the final 18 holes. Just enough time to eat, warm up and get psyched for the last leg of the competition. 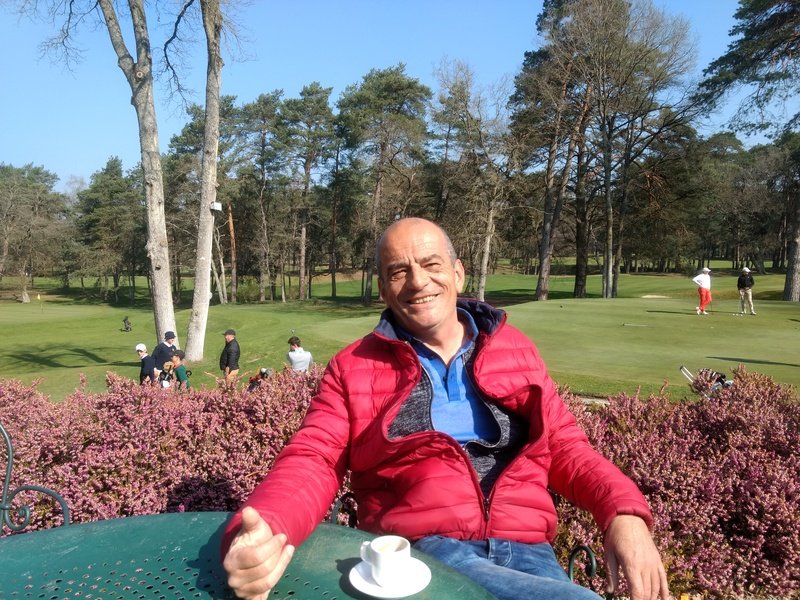 I felt a few more nerves standing on the tee box on hole one waiting for the pistol shot, which would signal the start of the round. Yes really, a pistol; apparently they use it to scare the crows! It was a nervous energy which felt good, enough to make sure that I would be focused all afternoon on each shot.

I scrambled a par on 1. My tee shot on the par 3 two was really good but I missed a relatively short putt - it went along the line I wanted it to, it didn't drop, that's the way it goes sometimes. Dad muttered something about random events and we walked to the next tee. I bounced straight back on 3 with a birdie but bogeyed the 4th despite of hitting probably my sweetest iron of the championship. The ball landed about a metre from the pin, bounced off the green and ran under a bush - nearly saved par. I managed to save two good pars on 6 and 10 followed by birdie on the 11th. I struggled a bit over the next three holes, my shot making was not as good as it needed to be, 3 successive bogeys wasn't really what was needed. I pulled myself together made a series of pars until 18. I was a bit out of position, so hit a controlled draw around the trees onto the green. I three putted, I was really annoyed with myself for three putting but in the end who cares? It was good enough to lift the trophy.

Three in a row - it feels really good!

Alexis Orloff's photographs of the tournament.

Jean-Luc Goude's photographs of the prize presentation and the competition.