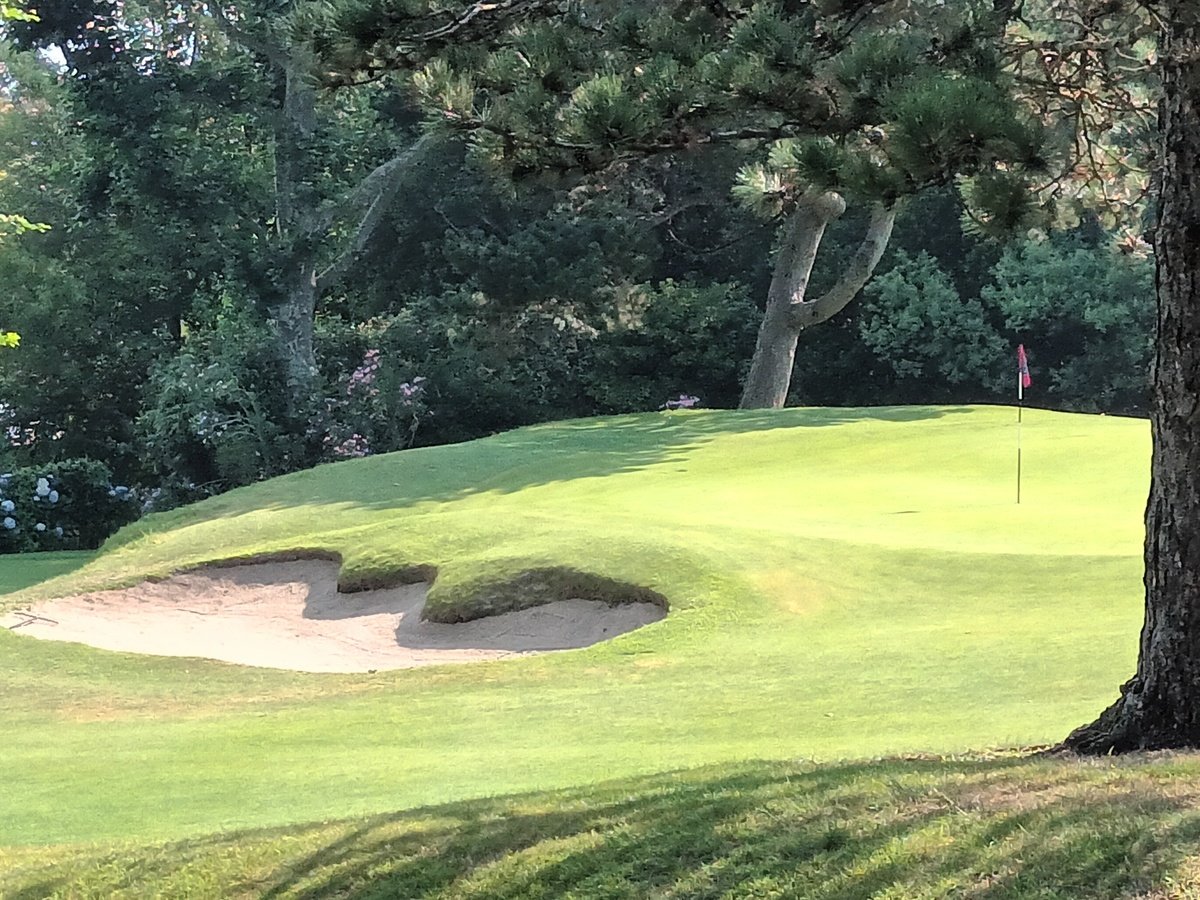 The Biarritz Cup is one of the most fun amateur golf events in France during the year. The competition was first played in 1899. Over the years the event has been won by many fantastic golfers who have gone on to have very successful professional careers like Alvaro Quiros, Jorge Campillo, or even two-time Masters Champion Jose Maria Olazabal.

A little bit about the course

The tournament is played on “le Golf du Phare” which is located between Anglet and Biarritz. The course is rather short and is one of the oldest courses in France. Since the course’s creation, the design has changed because of erosion but it is still a very traditional old course design. The bunkers are small, the greens too, and the course lies on the natural slopes of the land. 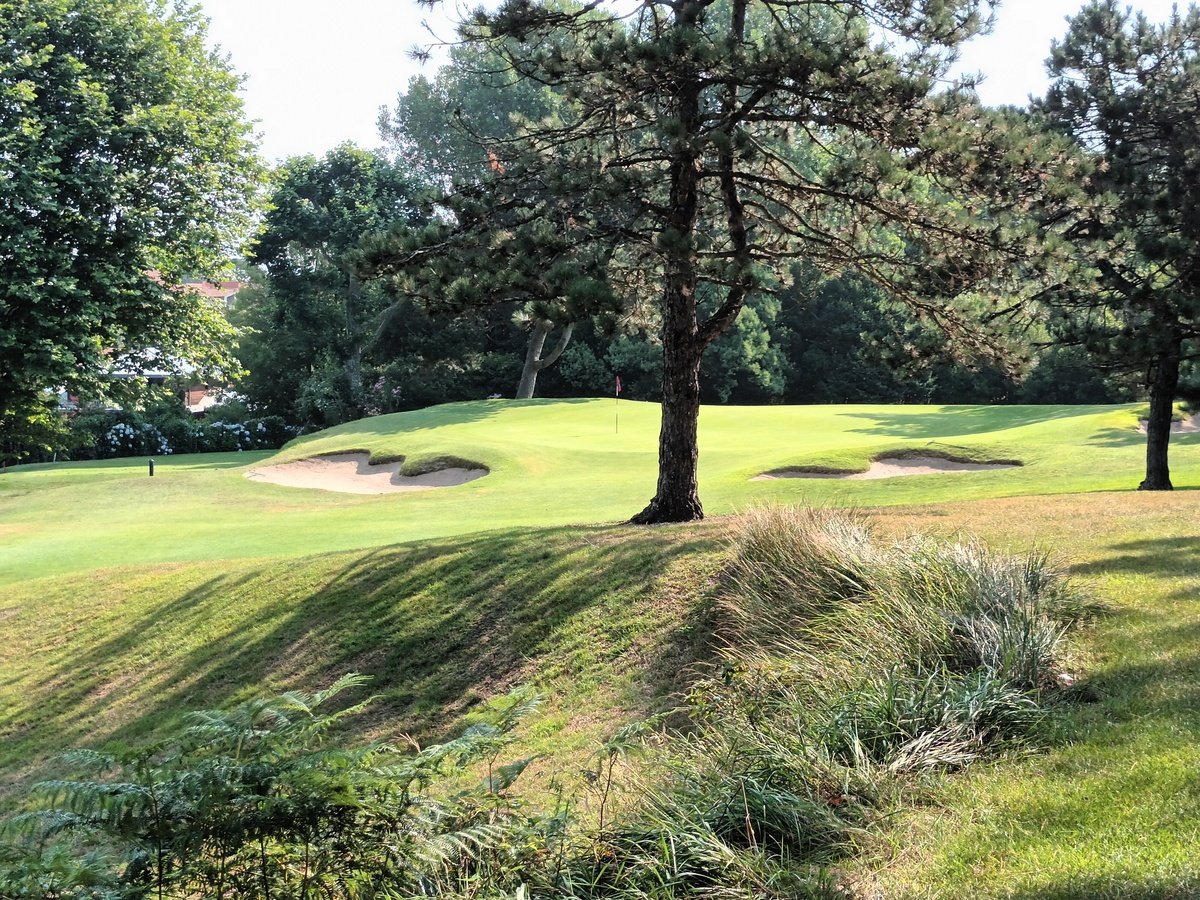 A view of the 2nd green

Leading up to the tournament I have been playing very nicely. My game has been improving especially on the mental side of things. I was excited about this tournament and wanted to get out there and do my best. I started very well by hitting my approach shot on hole 1 close but sadly missed the putt. After that I birdied two par 3s, holes 3 and 5, to move to 2 under par. I continued with two pars before dropping two consecutive shots on holes 8 and 9. On 8 I hit my 2nd shot out of bounds but managed to salvage a bogey on the second ball. Then on 9, I hit the ball to the wrong side of the hole leaving myself a near impossible up and down. 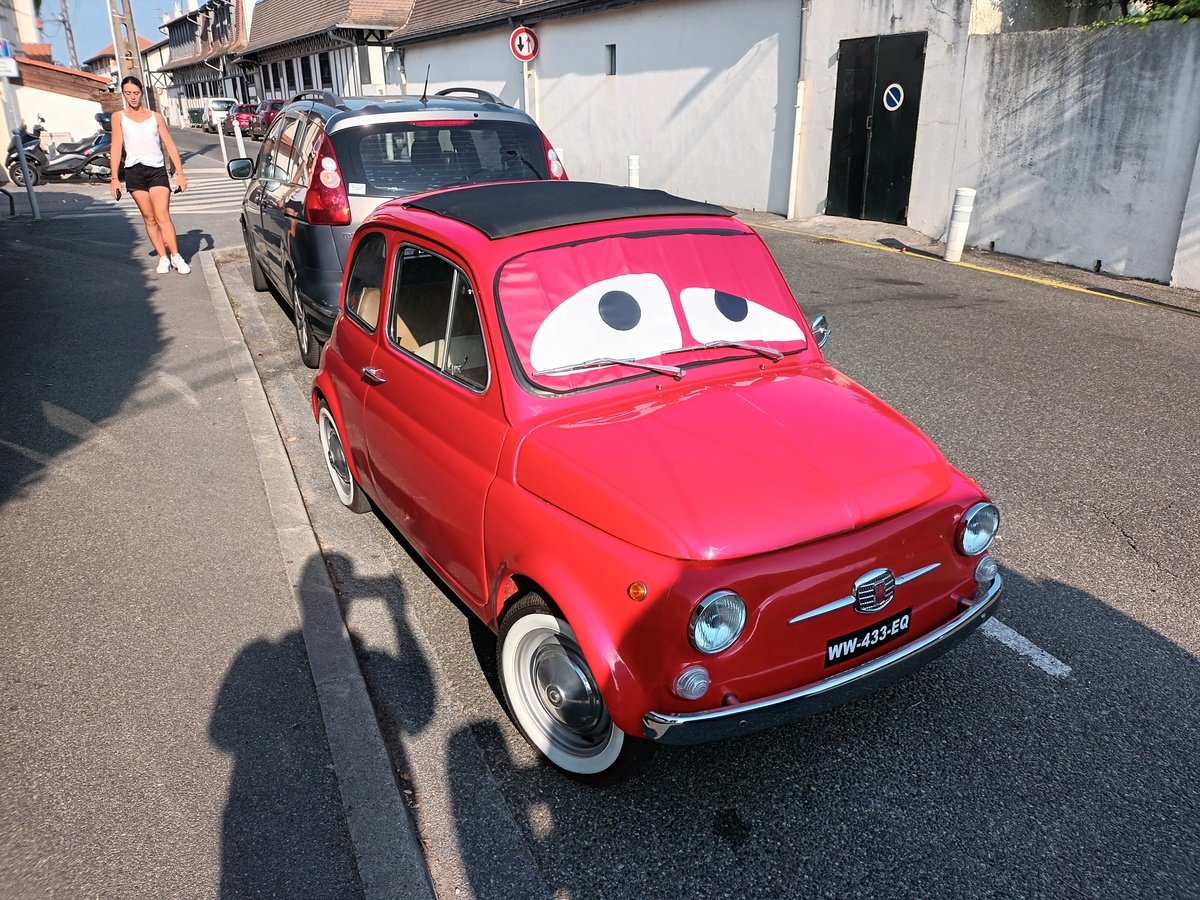 How I felt when I hit my shot out of bounds

I was obviously disappointed but made sure to keep pushing since there were still many opportunities to come. My patience was rewarded and after a couple of pars I went on to birdie holes 14, 15,16, and 18 to get to 4 under par. To finish in that way is always nice. I managed to take advantage of the short holes towards the end to score well. It is fair to say I had a nice smile walking off the 18th green.

I teed off fairly late for my second round and managed to drop a shot in my first three holes which was not a great start. I felt frustrated about that and quickly noticed it thankfully. It is never good to get annoyed and start chasing the score. I told myself on the 5th green before putting for birdie that I should just let the birdies come to me and focus on hitting good shots.

It worked. I rolled my putt in on the 5th to move back to par and I then birdied holes 8 and 10 to move to 2 under par. On the following, holes I made some good par saves but unfortunately wasn’t able to take advantage of holes 14, 15, and 16 which are great birdie opportunities. I finished the day with a score of 2 under par but it really felt like I should have done a better score. The positive was however that although I started badly I managed to get things back on track and shoot under par.

Coming into the third round I was five shots off the lead and in need of a good round to get into contention on Sunday. I struck the ball fantastically all day and Saturday was by far my best ball striking day of the week. I started well and created many birdie chances at the beginning of the round. I converted one on hole 4 and another on 8. I was creating so many chances but I was just not making any putts. I told myself that putts would eventually start to drop and to keep patience. I added a birdie to my scorecard on 12 after my approach shot into to green finished just a few centimeters away from the hole and then putts started to go in. On hole 13 I rolled in a massive 20m putt to move to 4 under. And on the next par 3, hole 17, I rolled a good birdie putt to move to 5 under. I finished the day at 5 under without making a single bogey which was great. My only regrets on the day were that I didn’t manage to take advantage of the birdie opportunities towards the end of the back nine. It was a shame because I could have shot lower but it was still a very good result.

I started the final day 2 shots back and in need of a solid round but it just wasn’t to be. On the front nine, I struggled with my driving and was quite wayward from the tee. This lead to a bogey on the 6th but more importantly, it prevented me from creating many good birdie chances. I birdied the 8th but dropped two shots straight after on 9 and 10. I was two over at that point. I was not a happy golfer. I battle hard and started to create some chances on 11 and 12 but missed short putts twice. I then eventually managed to birdie holes 14 and 16 to move back to level par and finished off with 2 pars. Par was not enough to win on a course where there are many birdie chances. I was disappointed with the way things went in the final round but I will learn from it. I was proud of the fact I never gave up and tried to fight back but the reality is that I just didn’t have my best game out there.

Overall I was satisfied with my performance this week. I felt like I played some really solid golf this week and I managed to build on the things I did well at Chiberta. I still have some work to do to manage to play my best in the final rounds of tournaments in order to start winning but I am happy with the way things have been progressing this summer.